In Paris Don’t Fall for the – Fake Petition Scam

The fake petition scam has been going on in France, Italy, and Spain for years because it is so successful. It’s a scam many first time visitors fall for because it starts out as what appears to be a legitimate conversation with a friendly local.  You will usually find con-artists with clipboards at many of the larger metropolitan tourist destinations.

How the Fake Petition Scam Works

The con-artists target single travelers, couples, and small groups of tourists.  If you are or see that you are about to be approached by clipboard-wielding young man or woman who greets you with a smile and genuine interest – know that you are very possibly being set up for any number of scams to relieve you of your money. After you sign the petition (and there are many compelling reasons or causes to sign) they pester you sometimes to the point of intimidation to make a “donation” now that you signed the form.

Victimized travelers have many different variations of how they fell victim to a scammer who targeted them with the “fake petition” scam – with some of the interactions being very unpleasant.  The best advice is to avoid the fake petition scam in the first place. If anyone approaches you holding a clipboard, or holding a piece of paper that may even remotely look like a petition, do not let them engage you in conversation. Simply say firmly “non merci” and walk away. If necessary be rude, and do not let them engage you in conversation, because if you do, you might end up like the man in the video below.

The scam works this way. Once you sign what you think is a petition, the scammer will insist that you make a donation to whatever cause the petition is for. If you don’t give a “donation” the scammer will point to the paper you signed that says you have agreed to give a donation. If you still don’t give a donation, the scammer comes up with another trick, they will tell you that if you don’t give a donation they (the scammer – or as they may call themselves “petitioner” will have to personally give the pledge money to the cause you signed for. If you resist, other youths may come to their aid as a way to pressure you to pay. The scene can escalate from there in various manners, including the use of other thieves who may try to steal your bag as you are distracted by the argument.

How Fake Petitioners Operate to Rip Off Unsuspecting Travelers

Another variation is that the scammer targets unsuspecting tourists who are sitting down at a café table. The scammer looks specifically for someone who may have a cell phone or camera on the table and uses the fake petition scam as a distraction to steal it. The thief’s job is that when they walk up to your table, they need to engage you in conversation while they put their clipboard or papers on top of your phone or camera. The thief tries to do this in a way that you won’t notice what they are doing – again facilitated by engaging you in a verbal conversation.

After a short conversation, and with the hope that you were also able to get you to “donate” to there scam cause, the thief walks away, with your cell phone or camera under their clipboard or other paperwork. Most times these thieves are so skilled that it takes victims some time to even realize they have been ripped off. Lesson learned here is to keep your guard up against overly friendly strangers and always be aware of your possessions when they are sitting on a table. A defensive strategy for travel is to always place your phone or wallet while sitting a table into an anti-theft waist pack.  You can reach for it easily, but no one else can. 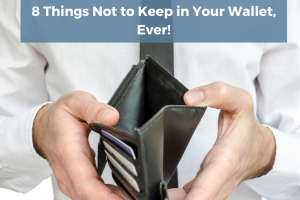 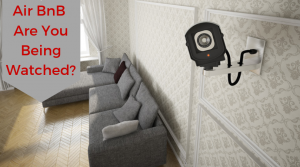