While London tops many traveler’s lists as one of their must-see cities to visit in Europe, certain London’s subway lines are tops with pickpockets. The busier the station or line is with travelers the busier it is with pickpockets.  Make sure you are safe from pickpockets while using the London Underground or Tube so you don’t waste precious vacation time in a police station making a crime report, obtaining new ID or passport, or getting new credit cards lost to the thieves. 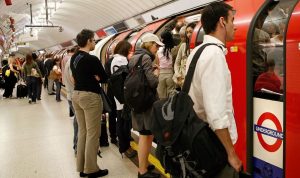 Watch Out for Pickpockets on  London Subway Lines

In a recent report released by the British Transport Police, several specific underground Tube lines were identified as the top pickpocket victimization locations where passengers are being targeted by pickpocket gangs. Obviously, the Tube’s busiest lines and stations are the ones most likely to have higher incidents of theft by pickpockets than quieter lines.

The report also shows the subway stations where London subway pickpockets are most active and unsurprisingly they are the tourist hot-spots. Of interesting note, the report also lists the sex of the victims and pointed out that if you’re a woman you are more likely to fall victim to subway pickpocket, as 1247 females were pick-pocketed last year compared to 1116 men. The London subway pickpocket figures were obtained by IBTimes UK from Freedom of Information requests revealed British Transport Police recorded 15,635 offenses across the Underground as well as Docklands Light Railway (DLR) and Overground services.

Travelers using London’s Central Line to get around central London are more likely to fall prey to thieves than on any other route on the London Underground.

The Solution –  Stop Pickpockets Before They Ruin Your Trip!

Use anti-theft wallets, bags and other clever gear to thwart pickpockets. It should be pointed out that overall, the crime rate on the London Underground has fallen in recent years – down from 17,828 in 2012 and 19,223 in 2013 – to 15,635 in 2014, however, the locations which were outlined in the report are ones that all travelers should be aware of when visiting London and traveling on the subway. For a detailed report on London Tube pickpockets, read this report.