Travel Scams in Europe You Need to Know Now

Where there are tourists, there are pickpockets and con-artists. Travel scams in Europe typically fall into two categories.  Distraction thefts and thefts of opportunity. Some scams seem to be more prevalent in some countries while other travel scams are more popular in different countries. You’re more vulnerable to being ripped off in unfamiliar surroundings and street thieves take advantage of this.

Distraction thefts are usually coordinated efforts between two or more thieves. Typically they involve one or two members of the “ring of thieves” creating a distraction while the others take advantage of the moment where the tourists or marks lapse in their vigilance of protecting their valuables.  In Italy recently a group of artists concocts a show where a street vendor accuses a woman of stealing from him and hiding the goods on her person. The argument escalates loudly and a group of onlookers gathers. To prove her innocence the woman starts to remove her clothes. Once she gets down to her underwear the shopkeeper apologizes. While the onlookers were distracted by the “show” pickpockets were working the crowd to relieve as many of them as possible of their wallets, cameras, and phones.

You can bet that any loud street scuffle in a tourist-heavy location is an orchestrated distraction scam.

More personal one-on-one distraction travel scams in Europe involve a personable man or woman who approaches you asking for directions while forcing a map in front of you blocking your view of your bag and pockets. A similar setup is a woman selling something large like paper flowers she forces against you while asking for a few coins. While you are flustered and trying to push them away they or an accomplice have pick-pocketed you, and you didn’t even feel it.

Thefts of Opportunity are Not Staged Scams

Typically thieves take advantage of a momentary lapse in the vigilance of a tourist and then take what is not theirs. One of the most common opportunistic thefts is when a thief runs off with your purse that you’ve left dangling on your chair behind you or dips his hand in it and takes your wallet while your back is to him.

Another crowded location where thieves target tourists is in subway terminals. The jostling and quickly moving people offer enough distraction for pickpockets to take advance of easy-to-pick bags and wallets visible in back pockets. 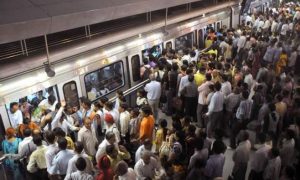 The best tactic is not to engage with any people who try to crowd your personal space and overwhelm you. Unfortunately, these thieves have honed their craft and are persistent. The solution to keeping your valuables secure on your body is wearing a hidden money belt and to use an anti-theft purse or anti-theft backpack that has locking zippers. 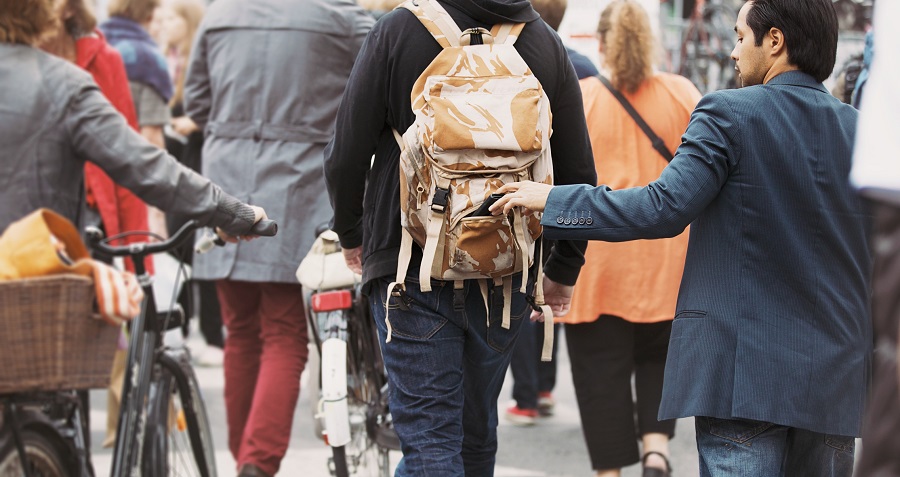 Travel scams in Europe are constantly changing. Some, however, tend to remain popular in certain countries because quite simply they work. Here’s a rundown of some of the current popular tourist scams by country. Many of these travel scams occur across borders.

France, the string people: Around Montmartre, Paris a friendly young person will want to wrap and tie a string friendship bracelet around your wrist. While you think this is charming and say thank you as you walk away, the “string person” will follow you and insist you give him or her a donation.  Often their tactics escalate to harassment and many tourists give them money just to make them stop the harassment and go away.

Spain, border fees: During the tourist high season scam artists armed with fake IDs locate between the border of Spain and Gibraltar demand an “entry fee” to Gibraltar. There is no entry fee to pass from Spain to Gibraltar or visa versa. You do not need to pay no matter what they threaten.

Italy, flat tire: This scam is a setup and more prevalent in southern Italy. Rental cars are easily identifiable and therefore vulnerable targets. The scammers puncture the tire of their intended target while parked. Once you’re forced to stop due to a flat tire, the friendly and kind good Samaritans will “help” you watch your car as you go for help or will help you change the tire. In both cases, your luggage and valuables are vulnerable to theft while you’re distracted. Don’t leave your car or luggage unattended, call the emergency number provided on your written car rental document and then ask the “good Samaritans” to leave.

Czech Republic, phony police officers:  This scam can be intimidating and even scary. Don’t fall for a group of police officers, yes they dress the part, as they appear and accuse you of a crime. The crime could be not paying a fee, shoplifting, etc. They will insist on you handing them your wallet and passport. Tell them you don’t have either or simply refuse and ask to go to a local police station. Most likely they will issue you a stern warning and leave.

Hungary, counterfeit money:  Two common places where you may receive counterfeit bills as change is from taxi cabs and from stand-alone currency exchange booths. The Hungarian currency is the Forint. Use a credit card where you can make sure you have plenty of small bills to give the correct change. Get your Forints from a bank or at the airport to avoid fake currency.

Poland, imposter cabs:  Imposter and unregulated cabs will try to pick up fares and say their meter is broken and then try to overcharge you for your trip. If this is the case look for another cab, or pre-negotiate the fare. It’s best to know the going rate for the trip ahead of time before you start the negotiation. Another option is to ask what the rate is via a rate card.

Germany, fake train ticket inspectors: Often the fake inspectors appear on trains to the airport. Usually, men wearing a fake ID badge and even armed with portable credit card machines ask to see your ticket. Upon inspection, they declare something is wrong and demand payment of a fine on the spot. Some demand 60 Euro per person and can be very aggressive even demanding your passport as ransom, which you don’t want to give up, especially since you’re on your way to the airport. Never hand your passport to a stranger, even if he looks official. Tell the “inspector” to issue you a ticket (which a real inspector will do.) Call for the train conductor to intervene if you can.

The more you know ahead of time the more likely you’ll recognize when something is not quite right. Be aware of your surroundings and trust your gut, especially when interacting with overly friendly or overly aggressive people, read more about travel scams in Europe. 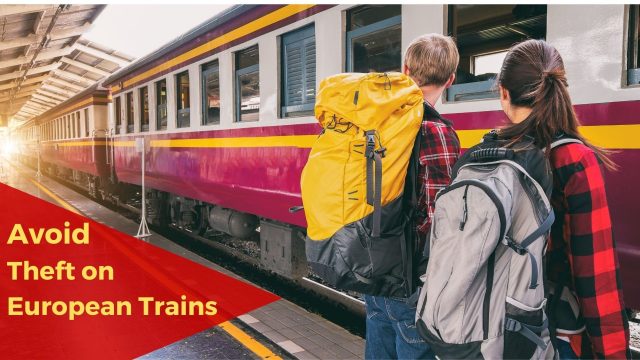 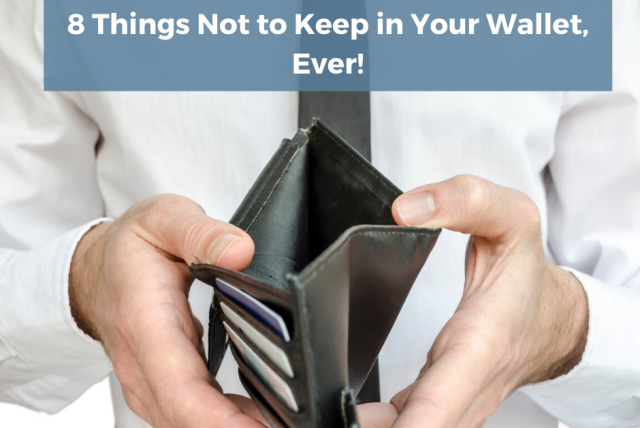 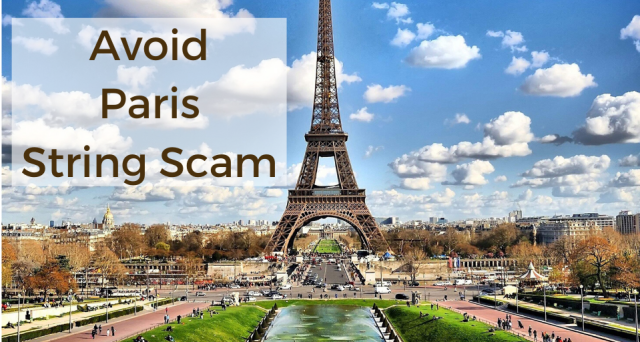